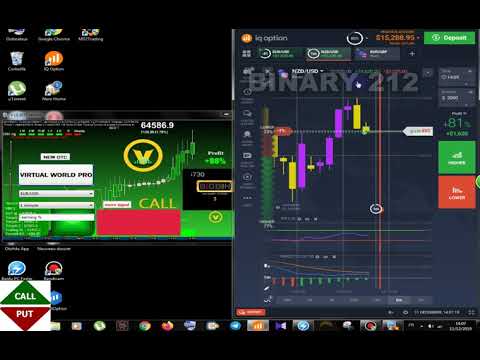 Shit, We Did It Again

Hhhhherregghghgblerg. Okay.
We begin with a Game of Thrones homage when the rover arrives in the wasteland, and Octavia leads the declaration of fealty to their new child heda, because nothing bad ever happens when a bunch of adults rely on a small child as their savior. Right? Mooooving on.
Thus ends the reign of Wonkru, and LoliKru is ready to march back into the valley or die trying. Madi is sitting in the med tent (why does Jackson need Abby to save a leg?) having doubts about this suicide mission, but Gaia comforts her by revealing the Konami code to turn her into a deus ex machina.
Meanwhile, back in the shady underbelly of the valley where I feel I belong, Pax is pulling teeth and threatening to rip off limbs unless Shaw or Raven volunteers to fly the ship. Pax threatens to take off Shaw's leg with a Giant Lobster Nutcracker (literally never been more in love in my life) so Raven agrees to fly.
Turns out Clarke's genius plan to stop the ship is to babynap Diyoza, she threatens to murder Pax's baby in utero if he won't comply. Just your regular ol' anti-hero shenanigans!!
In the moderately-more-heroic-but-just-barely camp, Echo and Bellamy are taking out the other leaf-blowers after Murphy gets shot in the shoulder during their assault on Prisonkru. They succeed in blowing up the SLBs and then Madi screams at everyone to charge right on into the valley. Thanks, mystical plot solving robot child!
But Pax McDaddy doesn't want another season of futile Grounder disputes and circular storytelling, so he releases the hythelodium from the Eligius mother ship in a move to destroy Eden. Clarke and Raven manage to overpower Pax, but it's already too late at that point, and their only option is to leave the planet if they want to live.


'Til The World Ends

After successfully storming the valley, Prisonkru surrenders, and Madi-bot immediately wants to slaughter them all. Bellamy talks her down off this murder ledge by pointing out that they were once criminals too, and much like McCreary, he would also like to have Season 6 be about something different. At this point the sirens sound to indicate the impending doom is happening...third time's the charm! Do you think Hogwarts survived? I would watch a show about cyberpunk wizards.
As everyone rushes to evacuate, they try to leave Murphy behind because he's injured, Murphy tells them to go, Emori won't leave him, and Monty refuses to let his buddy die, so HE PICKS MURPHY UP AND CARRIES HIM! HERO.
Meanwhile, Abby is trying to sew Kane back together, and Octavia comes to rescue/argue with her about rib marinades. Waiting outside the ship, Madi tries to salvage B&C's friendship by pointing out that Bellamy has done a ton of dumb shit for his kid sister. Madi spills the beans about Clarke's six years of radio messages, and Bellamy is like "omg I missed the berry review podcasts!?" and Madi is like "yes, you missed Juicy Reviews". They are interrupted by Monty, Emori, and Murphy arriving just in time to not die, although I appreciate that Bellamy was so willing to burn alive rather than leave without them.
Aboard Eligius IV, Murphy is saved, Gaia gets to keep her leg, and Kane is put into a coma. There's also a nice moment between Octavia and Diyoza where they lament being the underdogs now.
Bellamy assembles the new SpaceKru, which now includes Clarke and Shaw. Shaw reveals there are 500 pods, and they can nap in space for ten years in low power mode while Eden regenerates. Apparently they need Madi's permission to agree to freeze everyone, but luckily Small Heda says yes. Clarke puts Madi down for a nap, Bellamy doesn't make up with Octavia before he puts her to sleep, he says he loves her but he wishes she was dead...so it's good that he doesn't know he's been eating people crackers for a week then.

What commences next is hands down one of the most stunning ten minutes of television, if it doesn't win an award I'll be bummed. Huge kudos to everyone involved.
So Clarke wakes up, then Bellamy, and they are greeted by Jordan, who turns out to be Harper and Monty's son who tells them they've been asleep for 125yrs. Harper and Monty decided to live out their life on the ship, at first this is just meant to be a few years alone together but that quickly becomes longer as the earth does not recover. Jordan, Clarke, and Bellamy watch Monty's life in pre-recorded videos as he explains that he has been working on finding a way to save them. It takes him the rest of his life. They put their son in cryosleep and after Harper's death, Monty finally cracks the Eligius III mission files and finds the binary sun system, although it turns out all transmission was lost and the fate of Eligius III remains unknown.
Monty says goodbye to his friends and his son, with the hope that they do better this time around, as Clarke and Bellamy embrace and stare out the window.
Monty got to be the hero of the human race, and after Jasper died in his arms on a fading planet under a red moon, I can't really think of a better send off than to see Monty grow old, happy, in love, at peace, with his final gift to his friends being the sunrise on a new world.
 TL;DR RIP Earth. RIP Pax Daddy? RIP Marper. Hello Jordan. Hello brave new world.
 This and that:
I wish Aaron, our man Nick, and the writers the best of luck in their future projects!! Thankyou for the five seasons of crazy mind-bending excellence that brought us together.
Everyone else, I'll see you next season (or next week when S5 hits Netflix).
Happy hiatus everyone!

submitted by ElenaOcean to The100 [link] [comments]